Not Just for the British Anymore

Hard apple ciders aren’t just for the British anymore, they’re steadily gaining popularity right here in Canada. As a person who prefers cider over beer any day of the week, it’s great to see the ever-increasing homegrown varieties popping up on the shelves. Here are five that will be sure to have you singing O’ Canada. This well-known Canadian cider has been around since 1993 and is produced by Big Rock Brewery out of Calgary. Rock Creek is made from apples grown in Kelowna and has a distinct fruit aroma of pear, cinnamon, vanilla and ginger. It pairs perfectly with a bowl or fruit or various cheeses like Cheddar, Brie, Gouda and Camembert. Their website also suggests trying Rock Creek with a smoky pulled pork sandwich or wiener schnitzel. Another great thing about this cider is the price; this is one that won’t break the bank. Broken Ladder is made by BC Tree Fruits (BCTF), which is an Okanagan Valley co-operative made up of over 500 apple growers. If there’s anyone who knows apples, it’s these guys! Made at their in-house processing and bottling plant in Kelowna, Broken Ladder is light to medium sweet, with a light acidity and the perfect amount of carbonation. It’s best served over ice on a hot summertime day. 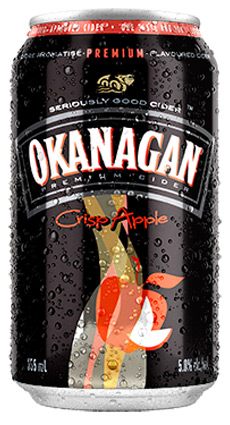 This premium hard apple cider comes in eight different variations – everything from the original Crisp Apple to White Grape and Harvest Pear. I find that these ciders have a lot of flavour, are light and crisp but are much less dry than some of the other Canadian offerings. Okanagan Premium’s slogan definitely stands true - It's Seriously Good Cider!

This award-winning cider comes from a farm-based cidery located just minutes from Victoria, B.C. The 10-acre farm is home to over 1,300 apple trees that make up of over 50 varieties of heritage apples. They have something for everyone, producing over 18 variations from ultra-dry to super sweeter sweeter dessert ciders. My favourite is the award-winning Bramble Bubbly, which combines the best of BC cider apples with wild local blackberries. It pairs well with salmon, summer salads, berries, outdoor barbecue, mild or sharp cheeses, cured meats, and poultry dishes. I also enjoy their Pippins cider, which is a dry New England style of cider, and pairs great with sharp cheeses, steak, and salty snack foods.

Molson Canadian Cider
You know them for their popular Canadian beer, and now Molson Canadian is brewing traditional English cider.  Served best over ice, this cider has medium sweetness and acidity with a sharp, refreshing taste.

Try it with roast pork, smoked salmon, apple crumble, or Camembert cheese.  Or if you prefer something fruiter try their new Stone Fruit, Raspberry and Pear flavours. 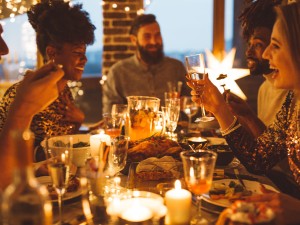