When we think vodka, we often think ‘martini’, and for good reason.The martini is easily one of the classiest, sexiest cocktails you can enjoy. It not only looks chic, but it allows you to enjoy the spirit largely unencumbered or diluted with any mixer. No, a vodka or gin martini is not for everyone, but for those looking to truly understand and taste premium spirits, we argue, it’s one of the best ways to enjoy a spirit like vodka. 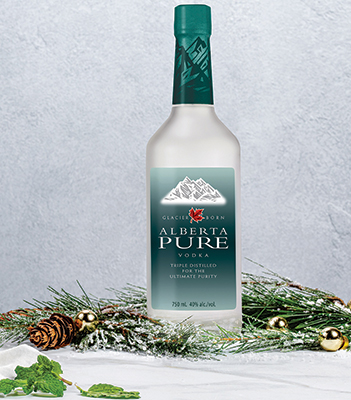 Local Vodkas Make Martinis Better
If you’ve only ever sipped mass produced vodkas, we’re here to tell you there’s some amazing, locally made vodkas that you need to add to your liquor cabinet. Not only are you supporting local businesses, but you’re getting to experience the art and science of craft distilling and small batch spirits. Eau Claire Distillery was one of the first in Alberta to open its doors after Alberta’s liquor laws modernized, and it’s known as a local classic. Northeast Calgary’s Burwood Distillery wasn’t far behind it. But back before both existed, Alberta Distillers were making Alberta Pure Vodka too. It has the distinction of being Alberta’s first and oldest distillery. Read more here.

History of the Original Martini Cocktail
There are many claims to the definitive origin of the martini – and we will likely never know where, when, or by whom the first martini was actually made.

The martini was made as early as the late 1800s when it was listed in the Jerry Thomas’ 1887 bartending manual used in the Occidental Hotel in San Francisco.

However, the City of Martinez claims that the drink didn’t originate in San Francisco, but rather in their city in 1849. The story goes like this:

A miner struck it rich and was on the way back to San Francisco. He went into a prominent bar and ordered a drink, where the bartender offered him the “Martinez Special.” The miner loved the drink so much, that when he went to San Francisco, he ordered the same thing. The bartender asked the miner how to make it; one part very dry Sauterne wine and three parts gin and garnished with an olive. 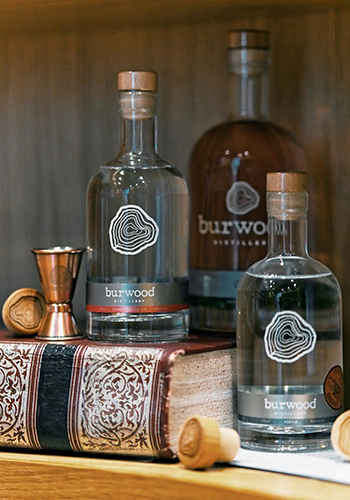 Martini: Vodka, or Gin?
That brings us to the everlasting debate about whether a martini should be ‘properly’ made with gin or vodka. While it seems to have started out as a gin drink, after World War II, vodka flooded the market and bartenders needed a way to use it – replacing gin with vodka for many drinks. But in truth, you can thank Ian Fleming’s 1954 novel Live and Let Die for popularizing the vodka martini, as sipped by his iconic character James Bond.

Basic Martini
The basic formula for the vodka martini is 2 parts vodka, 1 part vermouth, but there are hundreds of different varieties of vodka martinis. Making them very dry, using little to no vermouth, is increasingly popular.

Try making this drink with a local vodka like Burwood Vodka, where the distilling team has purposely created a vodka with flavour and essence, not a tasteless spirit.

Pour all the ingredients in a shaker with ice and pour into a cooled martini glass.

3 Unique Twists on the Martini with Local Spirits

The Vesper Martini
The Vesper martini is yet another martini modification made famous by James Bond, this time in Casino Royale. James Bond tells the bartender how to make it, paving the way for any thereafter to follow the same instructions: “Three measures of Gordon’s, one of vodka, half a measure of Kina Lillet. Shake it very well until it’s ice-cold, then add a large thin slice of lemon peel. Got it?”

The Vesper is a nice adaptation of the classic vodka martini, since it adds gin, which gives the drink depth and character. Eau Claire Distillery was one of the first distillers in Alberta, and makes handcrafted spirits at their Turner Valley distillery, including both gin and vodka, making them a natural choice for this recipe. We love it with a great local vodka like Alberta Pure Vodka too.

Pour all the ingredients in a shaker with ice and pour into a cooled martini glass. 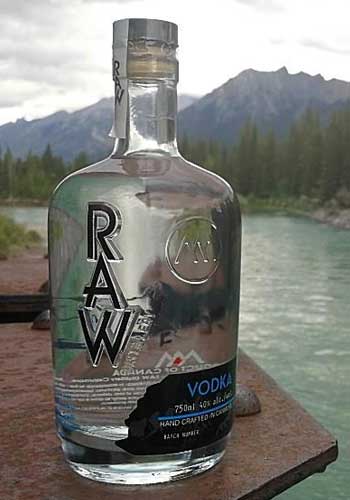 Saketini
The saketini is a good ‘bridge’ cocktail for folks who might not be ready for a fully spirit-forward drink like a vodka martini. Even though it is made with sake, the saketini is not from Japan; it’s an American creation.

Try creating a Saketini using Raw Distillery Vodka. The couple that owns the distillery goes out and hand picks the botanicals for their spirits, and handcrafts their vodka in small batches.

Add all the ingredients in a shaker with ice and pour into a chilled martini glass. 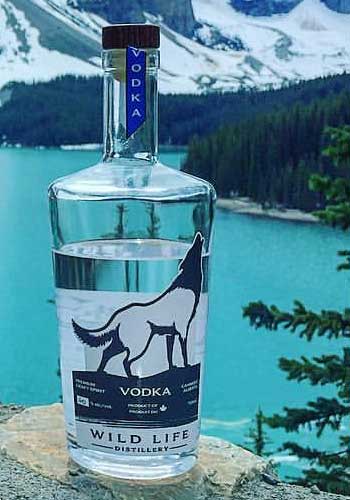 Pomegranate-Orange Martini
If you’re still learning to appreciate the liquor in cocktails, we haven’t forgotten you. This delicious martini cuts the booziness with plenty of fresh fruit juice.

We like making it with Wild Life Vodka, which is made from all Alberta grains. Expect hints of vanilla on the nose and it’ll taste sweet and buttery with a complex yet smooth character that makes it a great mixer in this fruit-forward cocktail.

Add all the ingredients in a shaker with plenty of ice and pour into a cold martini glass or cocktail coupe.

As you can see, there’s a martini for every taste, and making these with local Alberta vodkas lets you sample the best our growing distilling industry has to offer. 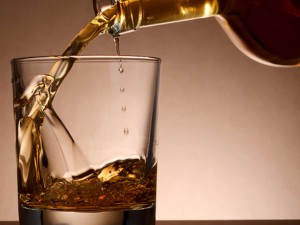 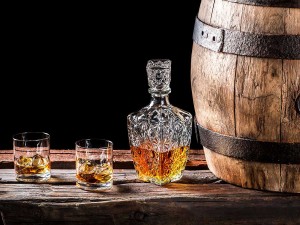 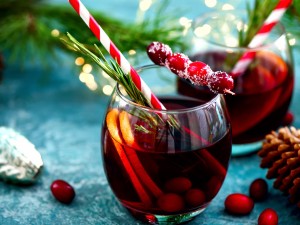