Beer is Not Just Refreshing

It Also Makes a Great Mixer in Fun Summer Drinks

Beer is a year-round favourite. It’s a refreshing drink that goes down easy and can be consumed over a long period of time without getting you overly tipsy.

As mixology has become more popular, bartenders are creating drinks and finding ways to add beer to other drinks to create some fun and exciting new tastes. While it’s not in the same realm as standard mixers like vodka and gin, beer is making significant strides in becoming a popular mixer. Grab some Co-op Beer and give these drink ideas a try!

Beer in Starring Roles:
These drinks involve beer as their central ingredient, with other beverages added in to enhance their flavour. Try these out if you just want to change up your usual order. 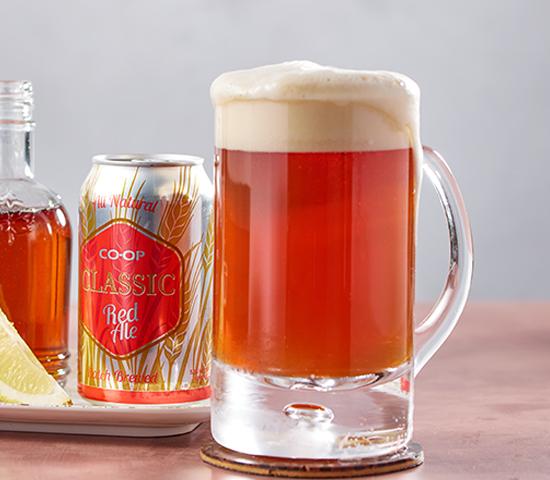 Boilermaker
The Boilermaker conjures up images of guys with trucker hats settling into the local watering hole for a long night, but the reality is that it’s a delicious drink mixing a shot of whiskey with a beer. If you simply drink the shot of whiskey and then have your beer, you’re not really “boiler-making”; you’re having “a shot and a beer.”

Boilermakers belong to a family of drinks called “bomb shots,” or “depth charges,” in which the shot glass is dropped into a pint of beer. You can add Irish cream and whiskey to a stout beer or try adding amaretto and rum to a pint and lighting it on fire. Our recipe used Co-op Red Lager for a tasty twist. 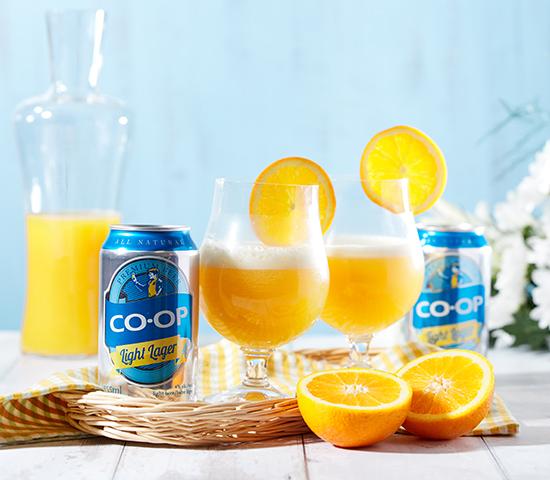 Beermosa
The Beermosa is the perfect drink for those who love brunch but don’t enjoy wine. It’s a simple drink to make, combining orange juice with beer, and maybe an orange slice to fancy things up. This one is perfect for getting the party going but not having too much too soon, any by using Co-op Light Lager, it keeps things from ending in an afternoon nap.

The Shandy
The Shandy is a traditional European summer beverage, usually made from beer and lemonade, though other juices, like grapefruit juice, are very popular. In Germany, they’re known as Radlers and enjoyed for their low alcohol and refreshing taste. Add a carbonated juice or soda, and you have an Alster. If you have things to get done, the Shandy is a perfect afternoon beverage. 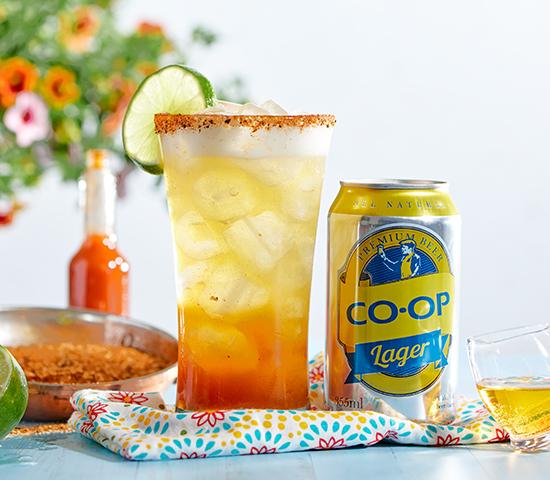 Michelada
You’re no doubt familiar with a Caesar; it’s a long-time favourite, essentially combining Clamato juice (or tomato juice and clam juice), some type of spicy sauce like Tabasco, and lime juice and vodka.

What happens when you add a Caesar to your beer? Meet the Michelada. It involves adding lime, tomato juice, and hot sauce to your (typically Mexican) beer. You’ll find it served with lime, salt, and hot sauce or hot pepper slices if you’re in Mexico City, or try our version made with Co-op Lager and tequila.

Beer as a Supporting Player:
In these drinks, beer brings something unique to the party but doesn’t steal the spotlight; it’s a team player, adding a different flavour to the mix. These drinks are for those who like beer and want to bring its qualities to other drinks. 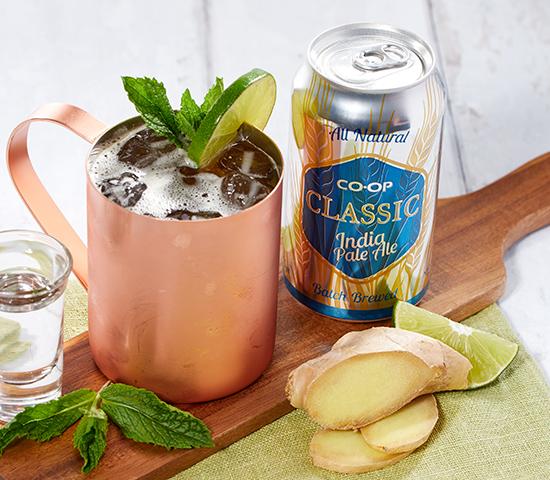 Moscow Mule
The Moscow Mule is typically made with vodka, ginger beer, and lime juice, but you can change it by replacing the ginger beer with your favourite sour beer, an English bitter of Co-op Classic IPA. It adds an earthy quality that brings something new to this popular favourite.

Beergarita
The Beergarita is a switch-up on the traditional margarita, combining beer with tequila and lime juice. If you can’t make up your mind between a beer’s flavour and the deep coolness of a margarita, this is the perfect compromise. This one will go down well on a hot summer day when you need ice to keep things cool.

While the idea of adding beer to other drinks or other drinks to beer isn’t a new thing, it’s undoubtedly quite popular these days. If you’re looking to try something new or feel like mixing up your usual order, you’ll find it easy to order an alternative.