Cabin Brewing Company consistently makes new beer in small batches then moves on to new ones. 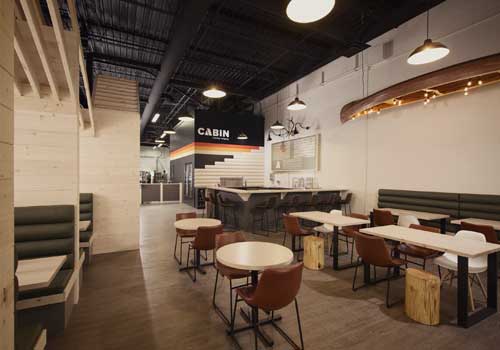 What would make someone give up a reliable career, steady paycheck, and predictable routine, for a mountain of hard work, years of planning, and some definite uncertainty?

“Probably a midlife crisis!” jokes Haydon Dewes, one of the co-founders of Cabin Brewing Company. “My co-founders and I are all middle aged dads and we were at that point in our lives where we had to make a decision; carry on what we were all doing for another 20 years and keep our day jobs basically forever, or do we go out and do what we really have passion for?”

What Dewes and his partners had passion for was brewing beer. Avid home brewers, the trio met at a local home brewing club, and realized they had largely the same interests and favourite styles. They began planning the creation of a new brewery, one that would be a little something different from the other breweries in Calgary.

“Our philosophy as a business ended up following a model that was very close to what we were doing with our home brewing, and that is consistently making new beer in small batches and then moving on to new things. We have our three core beers but in our first year we did something like 42 different beers, and we're on track to doing something similar this year.” 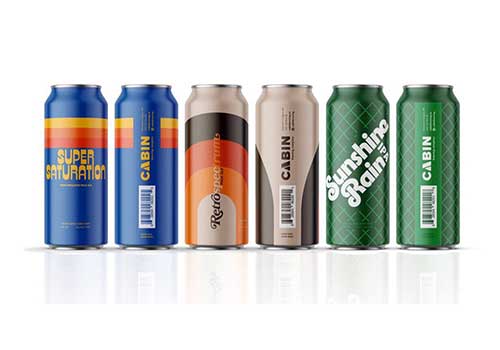 “Generally speaking we focus on North American style ales, and we focus on the hops more than a lot of other breweries; those hops are a very conscious choice when we're brewing a new beer,” explains Dewes. “We thought Retrospectrum would be our number one beer, but craft beer in Calgary has evolved and matured. Now the Super Saturation is our most popular. It’s a great beer for a lot of people, because it gives you the flavour and the aroma of the hops, without the bitterness. We say it’s a perfect beer for people to try when they say they don’t like hoppy beer.”

Cabin opened its doors in December 2018. Dewes, with a communications background took on the sales and marketing. Partner Jonas Hurtig, with professional brewing experience from Wild Rose, took on the role of head brewer and Darrin Sayers who Dewes says ‘can build and destroy absolutely anything’, runs the brewery’s operations. Realistically however, since the entire company is the three of them plus just five full-time staff, they all do everything. “I was just canning some new beer,” Dewes offers. “I think folks see your label and your marketing and try the beer and assume you’re some huge company. We’re not. It’s really just us!”

Despite the work and the challenges of growing a brand new business from scratch, Dewes says he and his partners are thrilled to be able to have careers they’ve created for themselves, centred around a product they love.

“It's just amazing. Even the bad days. You know, I catch myself complaining sometimes and I say to myself, ‘dude, you're living the dream. Appreciate it just for a second!’