With Three Locations in Canada 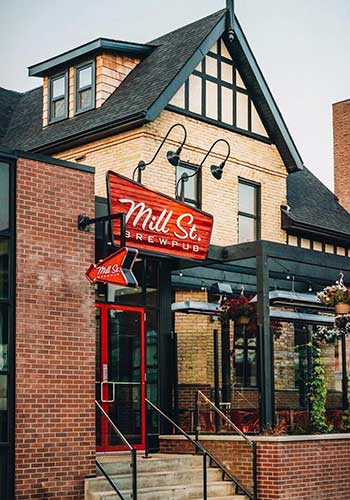 It was back in 2002 that Mill Street Brewery opened in Toronto’s historic Distillery District, an aging but rebounding neighbourhood that used to house all the city’s distilleries, including biggies like Seagram’s and Gooderham & Worts.

The brewery was expanded and converted into a full-service brewpub in 2006 before opening another location in Ottawa in 2012, and eventually a location in Calgary followed. The brewery now offers more than 60 different beers and has won over 100 awards.

What’s organic beer and what does that mean when you crack open a bottle? Organic beer is made with ingredients like hops and barley that are grown without pesticides or chemical fertilizers. It’s widely believed that organic growing practises are better for the planet since they don’t lead to chemical runoff from farms into waterways, which can contaminate local water. And of course plenty of people feel that there’s big benefits to eating or drinking organic too, since there’s no chance of ingesting any stray chemicals.

Mill Street’s organic offerings range from light to dark so you can match one to your own taste preferences. 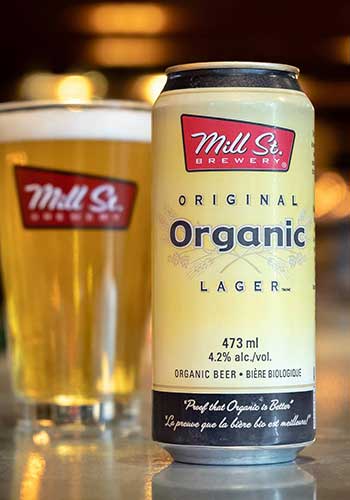 Mill Street Original Organic Lager
This was the brewery’s first beer and it was also the first organic lager to be offered in Ontario. The ingredients are mainly imported, as the yeast is German, and the hops are New Zealand’s Pacific Gem & Wakatu, but the malt is Canadian. The beer has a light taste that’s made it a popular and easily accessible beer to help you get to know the brewery and its wares.

Sipping Original Organic Lager you might notice some floral notes along with a little bit of a hoppy essence. As you would expect from a light beer, it’s got a pale yellow colour that carries plenty of foam when poured. Mill Street’s experts recommend pairing this beer with seafood, pasta, chicken, and cheeses. 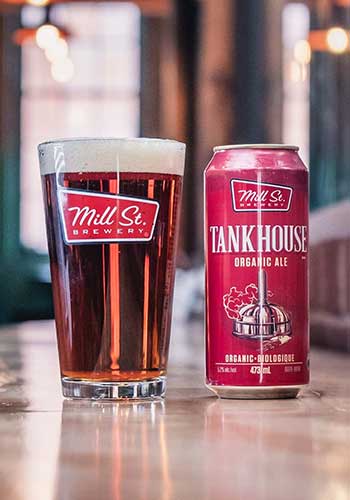 Mill Street Tankhouse Ale
Mill Street Tankhouse Ale has won more than one prize for best beer, and for good reason. The brewery prides itself on making this sudsy sip very full-bodied yet balanced and the key to this beer’s popularity seems to be that the brewery uses five unique kinds of malt and organic cascade finishing hops to bring it all together. Tankhouse Ale is more of an amber colour in the glass and has a slight but not unpleasant bitter twist.

With flavours of citrus and caramel you can expect it to taste more “malty” than other beers, though Tankhouse is still a very approachable beer for new sippers. This medium-bodied beer goes great served alongside dishes like fish and chips, lamb, and curries. 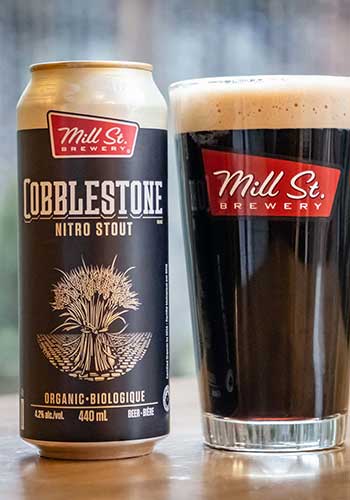 Since the beer is made with nitrogen, it packs more of a creamy, fluffy appearance, especially noticeable in the delicately foamy head.

Cobblestone Nitro Stout is an enjoyable romp for dark beer lovers and even for those not sure they like the darker sips, with its roasted taste and creamy finish, but most drinkers also get hints of chocolate out of this one.

The brewery recommends pairing this beer with seafood like oysters and salmon, egg dishes, and cheeses like brie and blue cheese.

This weekend, why not sample your way through these organic offerings from Mill Street Brewery?