More Than Just a Pirate's Spirit

Learn more about one of the world's best loved spirits.

More Than Just a Pirate's Spirit 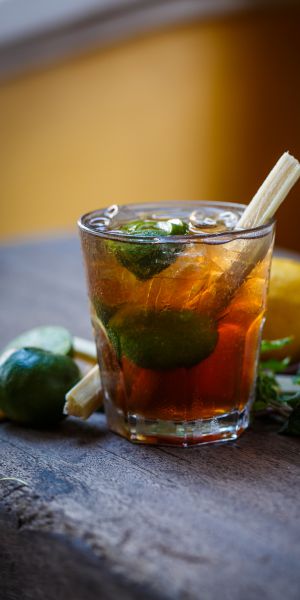 Rum has long been known as the spirit of the Caribbean Islands and Latin America and is one of the most enjoyed and loved spirits in the world. Rum is a distilled spirit from sugar cane juice or molasses and it is this base that gives it the sweet flavours that people so enjoy.
Discover the different categories that rum is classified into and a few of our favourites for you to try.

Categories of Rum
Rum is broken down into seven main categories and they are:

Light Rum: Also referred to as silver and white rum. White rum is the least expressive of all the styles with just a hint of sweetness to it and is considered an excellent choice when creating mixed cocktails

Gold Rum: Also referred to as amber rum. These rums are fuller in body and richer in flavours than silver styles. These rums offer a wonderful choice between silver and dark rums as they have had some barrel aging in their production. These can also be used as a base for cocktails or sipped on their own.

Dark Rum: Can also be named by its colour so it can be called red rum, black rum or brown rum depending on the amount and style of barrel aging. These rums are full bodied and generally intense in flavours.

Spiced Rum: These rums are specially flavoured with different "secret" recipes that include spices, barrel aging and sometimes caramel. These rums can be lighter or darker in colour depending on the base rum used, ingredients and style of barrels used for aging.

Flavoured Rum: Rums infused with different fruit flavours. Many of these rums are used in cocktails or for easy sipping. 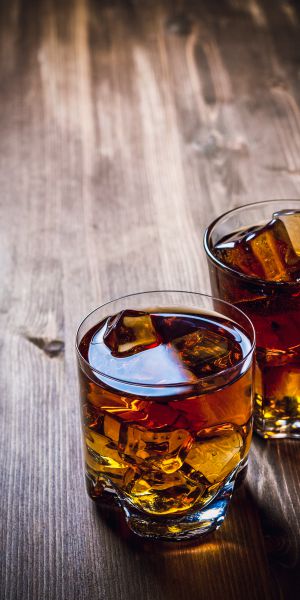 Overproof Rum: Rum that is above the standard 40% ABV.

Premium Rum: Rum that is treated as a special product such as fine whisky or cognac. These rums are generally made in small batches, are aged carefully and are meant to be slowly sipped and enjoyed.

The Kraken Black Spiced Rum
Put a beast in your belly!

This rum is named after the mysterious sea creature and is said to be as dark, strong and mysterious as the blood of “The Kraken”. It is perhaps strong enough to take the beast down itself at 94% proof.

Distilled in Trinidad and Tobago, this rum is indeed a beast offering lots of intense flavours of chocolate, molasses, cinnamon, allspice and clove that all combine to provide the spicy backbone with a sweet vanilla note floating all the way through each sip.

Enjoy on the rocks, with root beer or how about the classic cocktail Dark & Stormy (rum, ginger ale and lime) For an extra twist to the cocktail try using ginger beer as the base or if you are more of a traditionalist you can definitely enjoy it in a “Krak 'n' Coke”

Matusalem Gran Reserva Rum
A Cuban rum of superior quality, Matusalem has been producing rum for over 130 years dating back to 1792. This Gran Reserva Rum is first blended in a special way to ensure the best possible quality and then aged for 15 years. 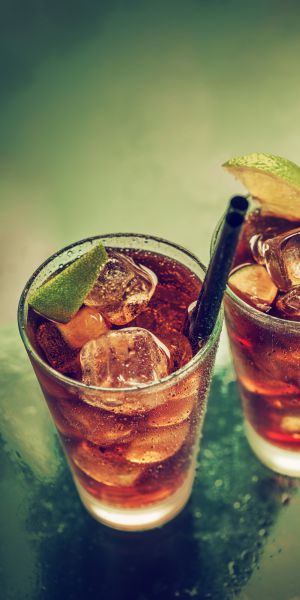 Golden in colour with hints of warm red and amber tones, the nose on this rum is an intricate blend that is both rich and mellow, presenting flavours of sweet vanilla bean, caramel, molasses and soft undertones of dried fruits and Christmas cake.

The best part of this rum is that all the flavours that were promised on the nose will delight you with each sip. This rum has a beautiful velvety texture and a finish of warm vanilla and toast. Enjoy neat, on the rocks or allow it to take the lead role in your favourite mixed cocktail.

Zaya Gran Reserva, 12 Year
Zaya is a carefully crafted rum that is a blend of many small batch rums which have all been aged a minimum of 12 years each.

The careful selection and blending process creates a beautiful rum that is a rich mahogany colour and fills your nose and palate with aromas and flavours of vanilla bean, maple syrup, nutmeg, caramel, toasted coconut and dried figs.

As a medium-bodied rum its finish is sinfully long and has a spicy note to it
just at the very end that makes this rum perfect for just sitting and sipping with.

Bacardi Eight Year
This rum has been aged in hand selected barrels for eight years and then finished in sherry oak barrels for a special touch.

A warm toasted-wood colour in the glass this rum will delight you with flavours of figs, dates, toasted wood, soft vanilla notes, allspice, cinnamon and a round caramel sweetness.

On the finish you will experience notes of smoke and spice. This is a rum that will happily surprise you by all of its layers if you haven't had a chance to try it before.