One of the Alberta Rockies Original Breweries

And Officially the Oldest Brewery in Canmore. 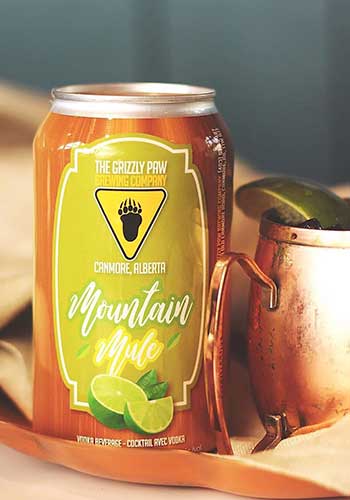 Canmore's Grizzly Paw Brewing Company is one of the original breweries in the Alberta Rockies. Officially the oldest brewery in Canmore, it opened back in April 1996. While the brewery has a long history in the province, they’ve also been conscientious about bringing out new and seasonal sips.

Three of the brewery’s offerings that have summer written all over them are the Mountain Mule, the Grizzly Paw Evolution IPA, and the best way to have it all, the Mountain Mixer pack.

Mountain Mule
If you’re into Moscow Mules, you’ll want to put your hands on the Grizzly Paw Mountain Mule. Grizzly Paw makes their own house ginger beer and blends it with local Alberta-sourced vodka in this ready-to-drink beverage. Sometimes, Moscow Mules can have too much of a gingery taste, but Grizzly Paw’s is made to be balanced and flavourful. There’s also a kiss of natural lime juice, which provides a tangy finish. 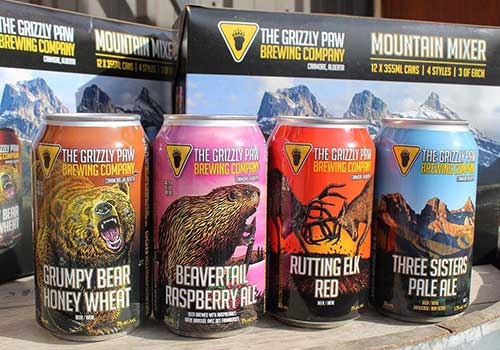 Mountain Mixer
Great for summer camping trips or appropriately-distanced gatherings, the 12-pack Mountain Mixer from Grizzly Paw is always a good choice. This nifty pack comes with a mashup of four of Grizzly Paw’s popular and newer beers so you have plenty of options.

The Grumpy Bear Honey Wheat packs a smooth, light, balanced summer taste, with just the right amount of real honey. The Beavertail Raspberry Ale is an unfiltered wheat ale and, as you would guess, it incorporates the taste of genuine tart-sweet raspberries. This beverage has a pinkish-gold tint and a taste that is light, sweet, and a bit fruity. Rutting Elk Red is compared to the Scottish style of amber ale and is one of the brewery’s most unique offerings, providing hints of caramel, roasted malts, English hops, and even chocolate. Finally, the Three Sisters Pale Ale is another option that packs a crisp punch. This copper-coloured pale ale is made from waters of the Bow River and it’s both citrusy and a little floral. 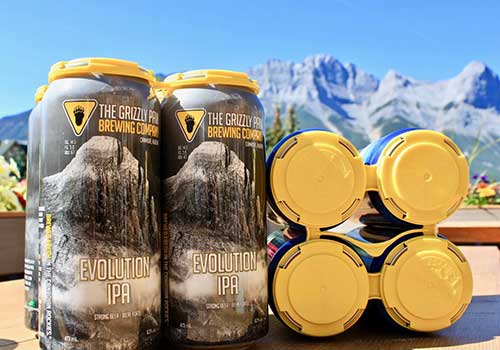 Grizzly Paw Evolution IPA
The Grizzly Paw Evolution IPA is another great summer sipping choice. The Evolution IPA is a darker gold colour and has hints of fruit, but instead of just containing citrus, it is also made with passionfruit and some may taste hints of mango. The hops in this concoction are definitely present but not overbearing, and it has a pine-like start to it with a soft finish. If you’re a fan of IPAs but don’t like them too strong, this is a nice, balanced option you should definitely try.