To Try Some Delicious Beer Blends at Home

Wild Rose Brewery is a Calgary institution, established in 1996 and occupying space in an old Air Force hangar on the site of the former Currie Barracks in the city’s southwest. From small beginnings, the brand has grown in popularity and despite its renown and national popularity, Wild Rose still makes its beer right here in the city. 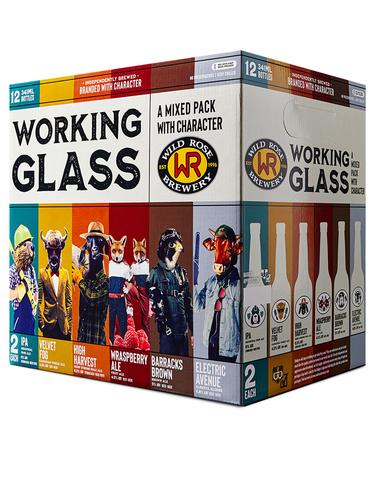 “Wild Rose's brand essence is to raise a glass to the hardworking Albertan, to anyone who views themselves as having character or working hard for what they want,” says Candace Potter, Brand Manager at Wild Rose Brewery. “This variety pack is a showcase of our core brands with something for the craft enthusiasts, to the craft experts.”

The mixed pack is also perfect to test out some of Wild Rose’s beer blends at home, something they do in the Wild Rose taproom. After many trials and tribulations, Wild Rose is sharing its favourite beer blend recipes: Try a Pink Velvet (half Velvet Fog, half Wraspberry) the Special Brownies (3/4 Barracks Brown, 1/4 High Harvest), or pour yourself a James Brown (half Velvet Fog and half Barracks Brown) just to name a few.

About 95% of the company’s brew volume originates from the 40,000 square foot brewery in the southeast, which also houses offices and a test facility. Wild Rose has been available at Calgary Co-op Wine Spirits Beer for years and the brewery says that the longstanding relationship is part of its connection to customers. 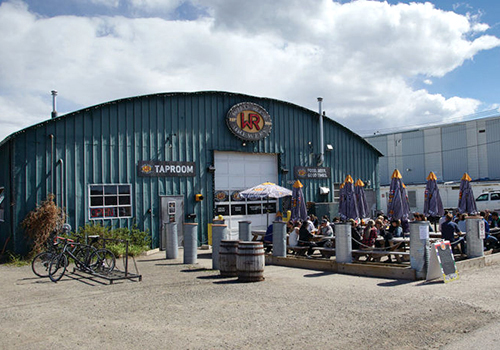 “Our roots always come first. We wouldn't be where we are without the people of Calgary and Alberta,” Potter shares. “We remain loyal to them, as they have to us for nearly a quarter century. We continue to strive to provide quality products to our loyal drinkers and to always raise the bar for them.”

In the spirit of supporting local, Wild Rose will also be launching a special Calgary collaboration in May: Wild Rose AlumnISA is a hazy India session ale that’s a charitable collaboration between the Calgary Flames Alumni, Wild Rose, and Montana’s Tamarack Brewing Co.

Proceeds from this limited edition beer will go to Cerebral Palsy Kids and Families, the charity of choice of the Flames Alumni Association.

“This is our second annual collaboration with Tamarack and the Flames Alumni, we hope to release more small batch brews with them every May for years to come.”

This new juicy session IPA is loaded with tropical aromas and a lower IBV than typical IPAs and it will be available at Calgary Co-op Wine Spirits Beer stores, alongside the Working Glass mixed pack.