and Real Ingredients like Honey, Cane Sugar and Raspberries

Canmore's Grizzly Paw Brewing Company is one of the original breweries that sprung up in the heart of Alberta. Officially the oldest brewery in Canmore, it was established in April 1996. The Grizzly Paw Pub has become a landmark destination for locals and tourists alike, and with its tasty tanks of refreshing ales and lagers, it quickly grew to selling beer outside the pub. 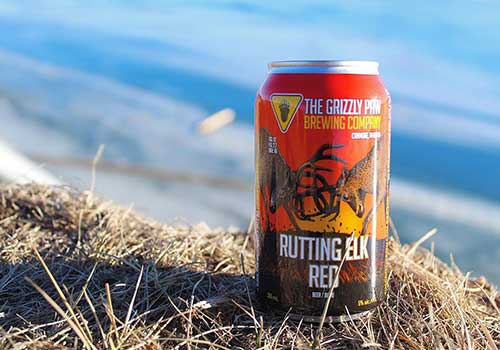 "Picking up our mixer pack is always a great option. We have our two biggest selling beers in there. The mixer gives you a lot of range of our different beers to try," says Nick Fodor of Grizzly Paw Brewing. "There's also the Rundle Stone Session ale, and our Grumpy Bear Honey Wheat, which is a very easy drinking beer. We put a hundred kilos of real Canadian honey in every batch."

Grizzly Paw uses fresh Rocky Mountain water and real ingredients like honey, cane sugar, and even raspberries in its brews.

Grizzly Paw's founder, Niall Fraser, is still active in the company and today acts as president. He got the idea for the brewery after traveling extensively, and seeing the brewpub concept elsewhere. He knew it was just what Canmore needed, and back when he started pondering the idea, few such concepts existed in Alberta. 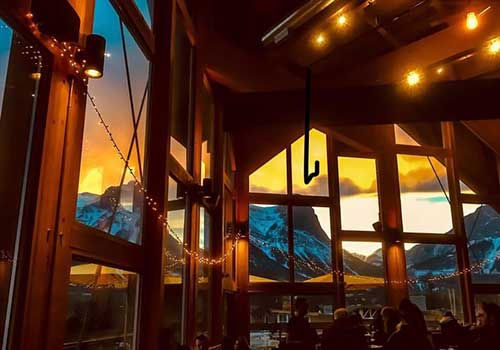 "He decided to open his own brewpub," recalls Fodor, "He had a background in food and beverage and he decided when he moved back to Canada in 1992 that Canmore was the place to do it. We opened on April 29, 1996, and we've been brewing beer ever since then."

While stopping in to the brew pub and restaurant is a must-do for many Calgary-to-Canmore visitors, it's not always necessary to make the mountain drive to get some beer to bring home. Calgary Co-op Wine Spirits Beer has the brewery's wares available in the beer cooler.